The debate over transparency and the use of less expensive ingredients in beer has been going on for centuries.

The oldest consumer protection law in the world is the German Beer Purity Law, the Reinheitsgebot, which stipulates that only water, hops and barley can be used in German beer. The law, which dates to 1516, has been the foundation of German brewing and the reason that the taste and quality of Germany beer is respected worldwide. Cheaper substitutes for barley like corn, corn syrup and rice are all verboten. These adjuncts lighten the beer and reduce flavor.

When I watched the Super Bowl, I had an intense feeling of déjà vu. In 1986, I touched off a firestorm in the beer industry with radio ads exposing Heineken, Beck’s and other imported beers for using brewing adjuncts like corn and sugar to lighten the beer they shipped to the U.S. The ads said, “When we asked for Europe’s tired and poor, we didn’t mean their beer.” American beer drinkers were surprised to find out that these prestigious imported beers were illegal to sell in Germany at that time. In contrast, our Sam Adams Boston Lager did pass the Beer Purity Law and was sold in Germany. This revelation helped launch the American craft beer revolution. Craft beer sales have grown every year since. On the other hand, sales of Beck’s and St. Pauli Girl have declined dramatically, and Heineken changed its recipe to remove the corn and returned to all malt brewing. Now the same argument is playing out, only this time between two huge global brewers. The irony is that, once again, drinkers likely aren’t aware that they’re paying a premium for imports that are lightened with corn like Corona, Modelo and yes, even Stella Artois (made by the same owners as Bud Light).

“When we asked for Europe’s tired and poor, we didn’t mean their beer.”

These high-priced imports and beers like Miller Lite, Coors Light and Bud Light are the result of the industrialization of beer and a shift away from brewing’s artisanal roots. Traditional brewing processes have been abandoned, aging times have been shortened and cheaper ingredients, like corn, have been substituted. The use of corn in place of more expensive malted barley began in the 19th century as large industrial brewers like Anheuser Busch and Miller began to gobble up market share in their drive to dominate the U.S. beer market using techniques of mass production and mass marketing.

As far as I know, there is no health issue with using adjuncts like corn, rice or corn syrup in beer (full disclosure, my family has grown corn on our farm in Ohio for over 100 years and we use sweeteners in other products like hard tea and cider). Those adjuncts have their advantages, starting with being cheaper. Those savings can be plowed into marketing or profits. And because adjuncts make the beer lighter and less flavorful, the beer is more refreshing and easier to drink in larger quantities. From a business and efficiency point of view, that’s a home run. Profits go through the roof. 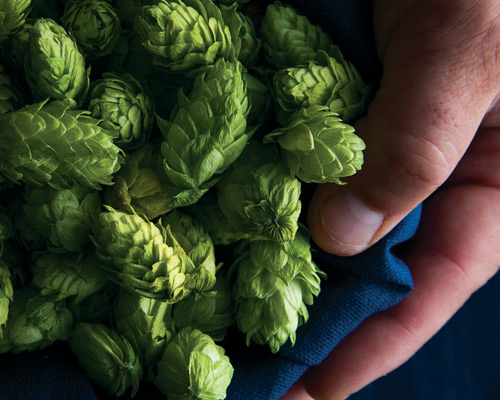 Context is important here. Starting in the 1950s, the widespread industrialization of food and beer gave us a cheaper, mass-produced version of real food and beer. For example, mass produced and mass marketed brands like Wonder Bread, Velveeta Cheese and Sunny Delight “juice drinks”. Then in the 1980s, consumers discovered real food again. People began to care about how their food was made, who made it, and what was in it. Out of this moment, came alternatives to industrial beer and food like the craft beer revolution and the slow food movement.

Since I began brewing Sam Adams Boston Lager and helped launch the craft beer movement 35 years ago, we’ve worked to educate drinkers about ingredients – 100% malted barley and heirloom Bavarian hops. Not only NO corn syrup, but NO corn at all. And not even other adjuncts like rice. Only 100% barley, just like the German Beer Purity Law has required for 500 years. We’ve maintained time consuming, traditional brewing processes mostly abandoned long ago by the industrial brewers like, decoction mashing, krausening and dry hopping, to put extra flavor into the beer. This brewing philosophy makes craft beer an appealing alternative to industrial beers. We don’t have to spend $5million for a 30-second Super Bowl ad to tell people that Samuel Adams Boston Lager has more flavor than industrial beer, domestic and imported. You can unmistakably see, smell and taste the difference.

To American craft brewers, this corn vs. rice vs. corn syrup debate is as silly as dilly dilly. It’s like McDonald’s and Burger King arguing about grilling vs. broiling their burgers. Who cares? Fast food is still fast food. And let’s face it, we’ve all eaten and enjoyed our share of Big Macs, Whoppers and Gorditas. They tasted pretty good. No need to apologize. But don’t confuse fast food with slow food. 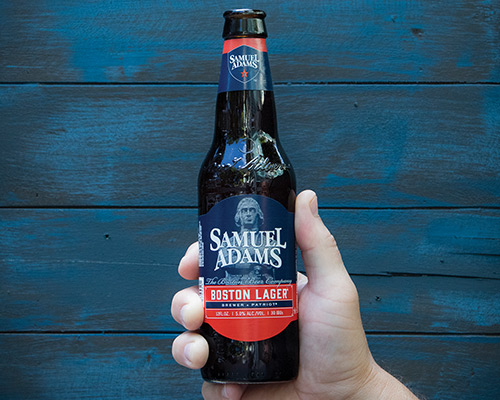 What are the next shoes to drop in this brewhaha? I see two possibilities. The masterminds running Bud Light are smart and bold, and they have another shot to take at Coors and Miller – hop extract. Both Coors Light and Miller Lite use hop extract whereas Bud Light uses whole hops (in pellet form). Hop extract is kind of nasty looking, so it’s a good visual. The other possibility is the beer wars spread to the import segment where the leading brands, like Stella Artois, Corona and Modelo, use the same industrial brewing techniques and ingredients, like corn, as the mass domestic beers.

How safe is the quality image and premium price point of imported beers if drinkers realize that their fancy, upscale image hides less expensive ingredients and industrial brewing practices, just as happened in 1986? Heineken took the corn out of their beer after my ads ran and have been losing share to these corn lagers. Might they be tempted to blow the whistle?

As Americans value more and more the craft, artisanal ways of making beer and food, I hope everyone will focus on natural, less processed, traditional ingredients and processes and reward brewers and food purveyors who put flavor first. And finally, as the merits of different brewing ingredients and brewing processes have become part of the beer discussion again, we should remember the truth of what my father, who was also a brewmaster, told me. He said to remember that “all beer is good, but some beer is better”. I’ll drink to that!